Easter Vacation in The Peloponnese {part 1}

Several years ago, namely in April 2008, we spent our Easter vacation in Areopolis, Mani. Since I had never shared this trip and the season is fitting, I have decided to go ahead and do so now!

Ok, first things first, let’s get the many… many, insanely confusing, geographical locations out of the way!

The Peloponnese (Pelopónnēsos in Greek) is a peninsula and a geographic region in southern Greece. It is attached to the central part of the country by the Isthmus of Corinth. Mani is the central peninsula of a series of three (on the Peloponnese itself) that extend south and it is basically a continuation of the Taygetus mountain range.

The Peloponnese is divided in several regional units, one of which is Laconia –bordered by Messenia to the west and Arcadia to the north (both Laconia and Messenia lie over the Mani Peninsula).

Finally, the East Mani municipality is further divided into 4 municipal units: East Mani (yes, the municipality and one of its units share the same name), Gytheio, Oitylo, and Smynos.

Are you still with me? Let’s explore East Mani and Oitylo!

**Please note that all map views in this post are not in normal map-view direction! North is inverted to South (see big fat arrow below!) so think of it as a “street view” of sorts! It’s what you’d be looking towards if you were driving with us from Attica to Laconia, and then from Aeropolis to all other places.

Areopolis is a small town at the municipal unit of Oitylo. It lies 12.5 miles/20 km southwest of Gytheio, which in ancient times used to be the seaport of Sparta. Yes, yes King Leonidas’ (aka Gerald Butler’s!) Sparta, currently the capital city of Laconia. In Greek Areopolis means “City of Ares”, named after one of the Twelve Olympians, a son of Zeus & Hera, the ancient Greek God of War!

Gerolimenas, is a small, picturesque coastal village at the municipal unit of Oitylo. Its name may mean “Old Harbour” in contemporary Greek, but it comes from the ancient Ieros Limen [Ιερός Λιμήν], meaning “Sacred Harbor”. One of the remotest settlements in the Peloponnese, until the 1970’s it was mainly reached by boat! In the past it was a major fishing market, and a shipyard. 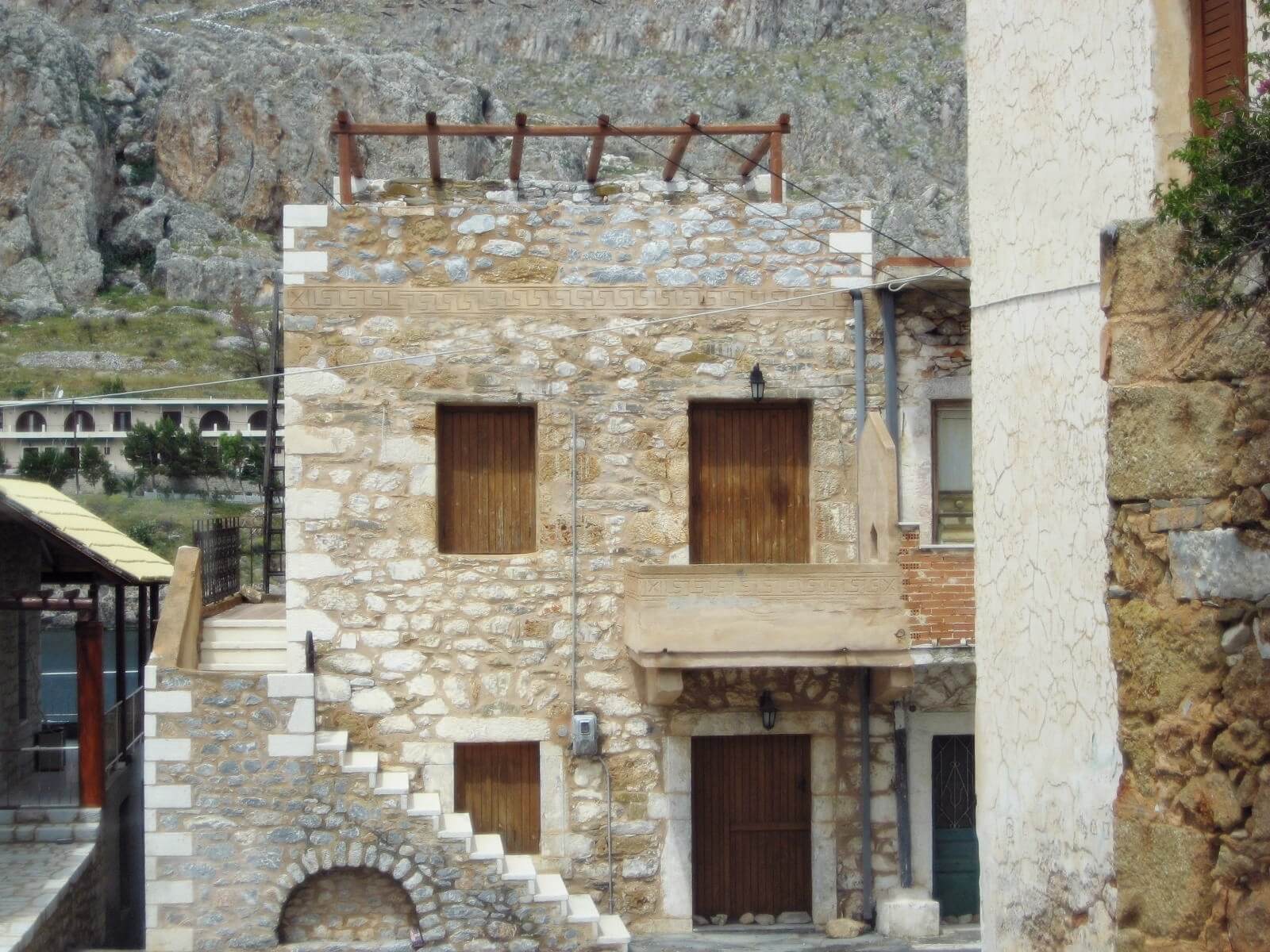 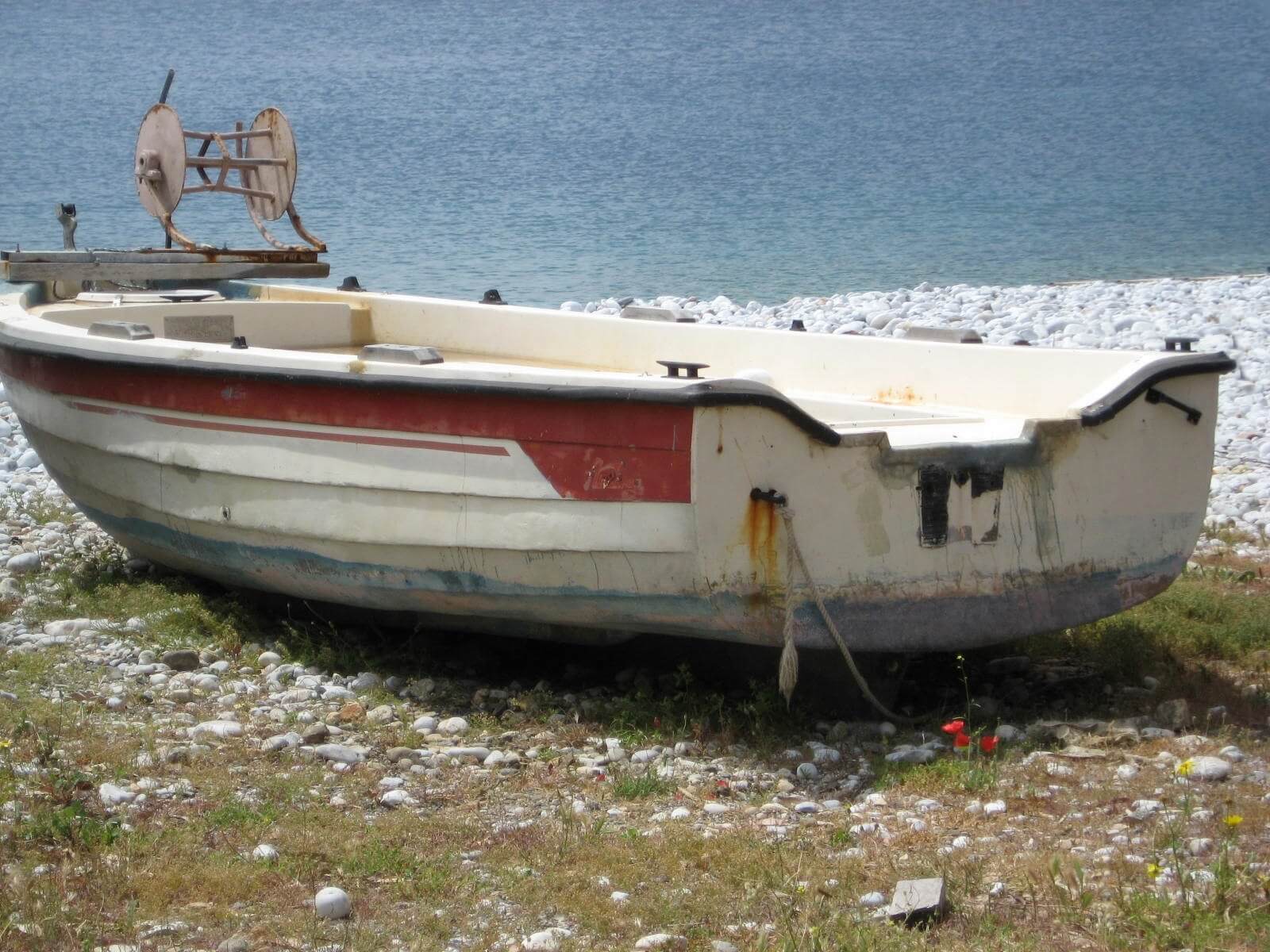 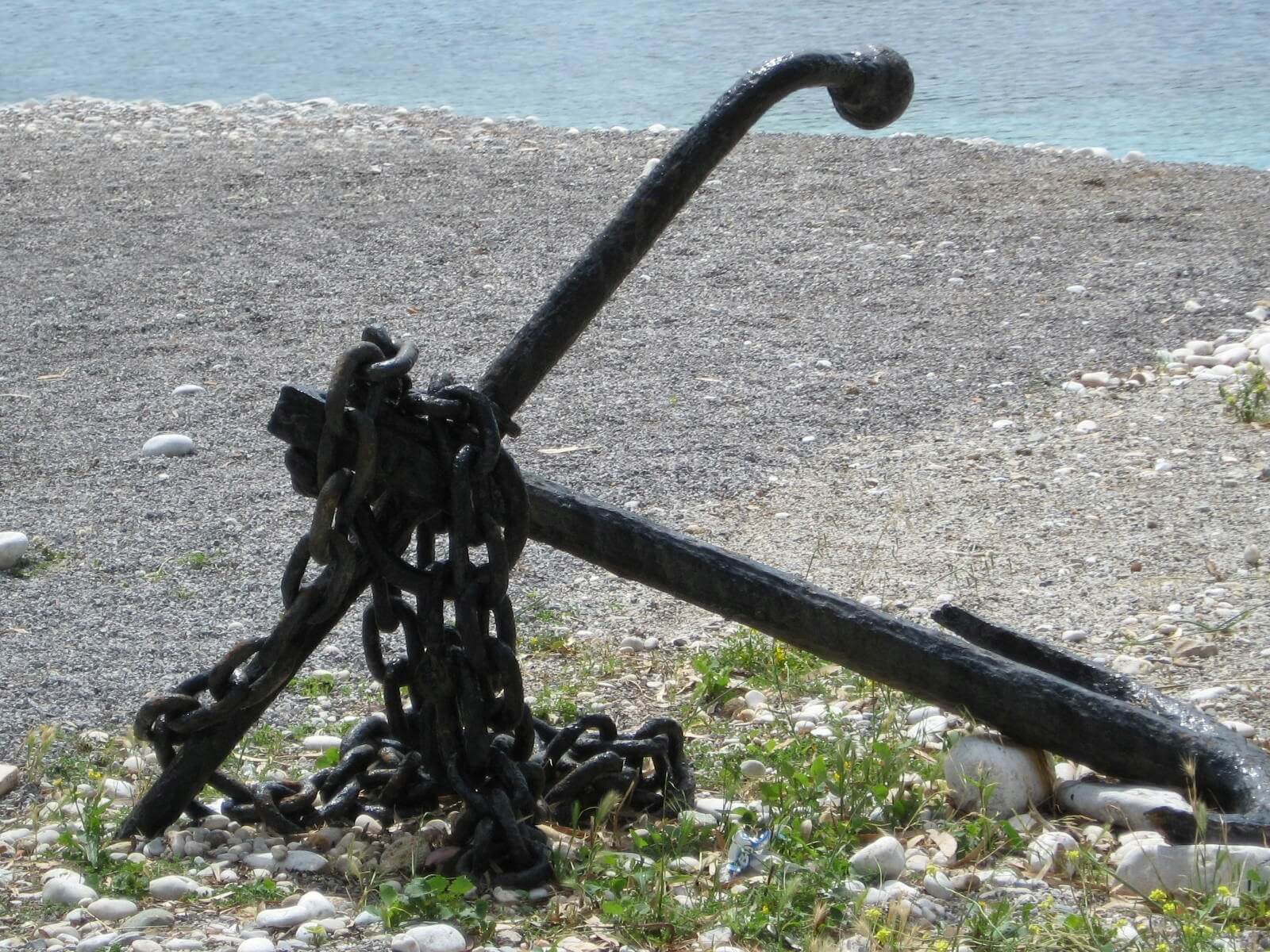 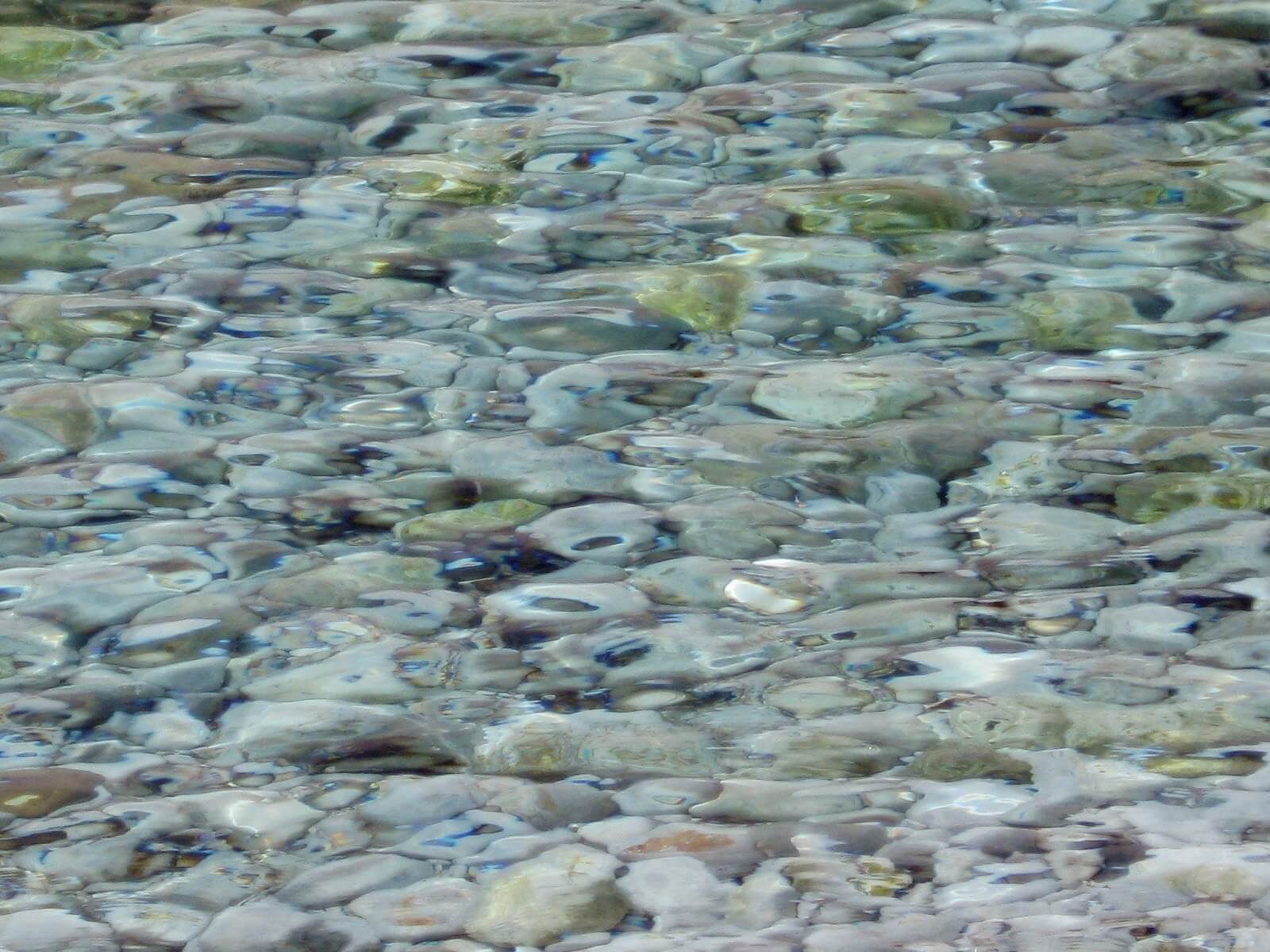 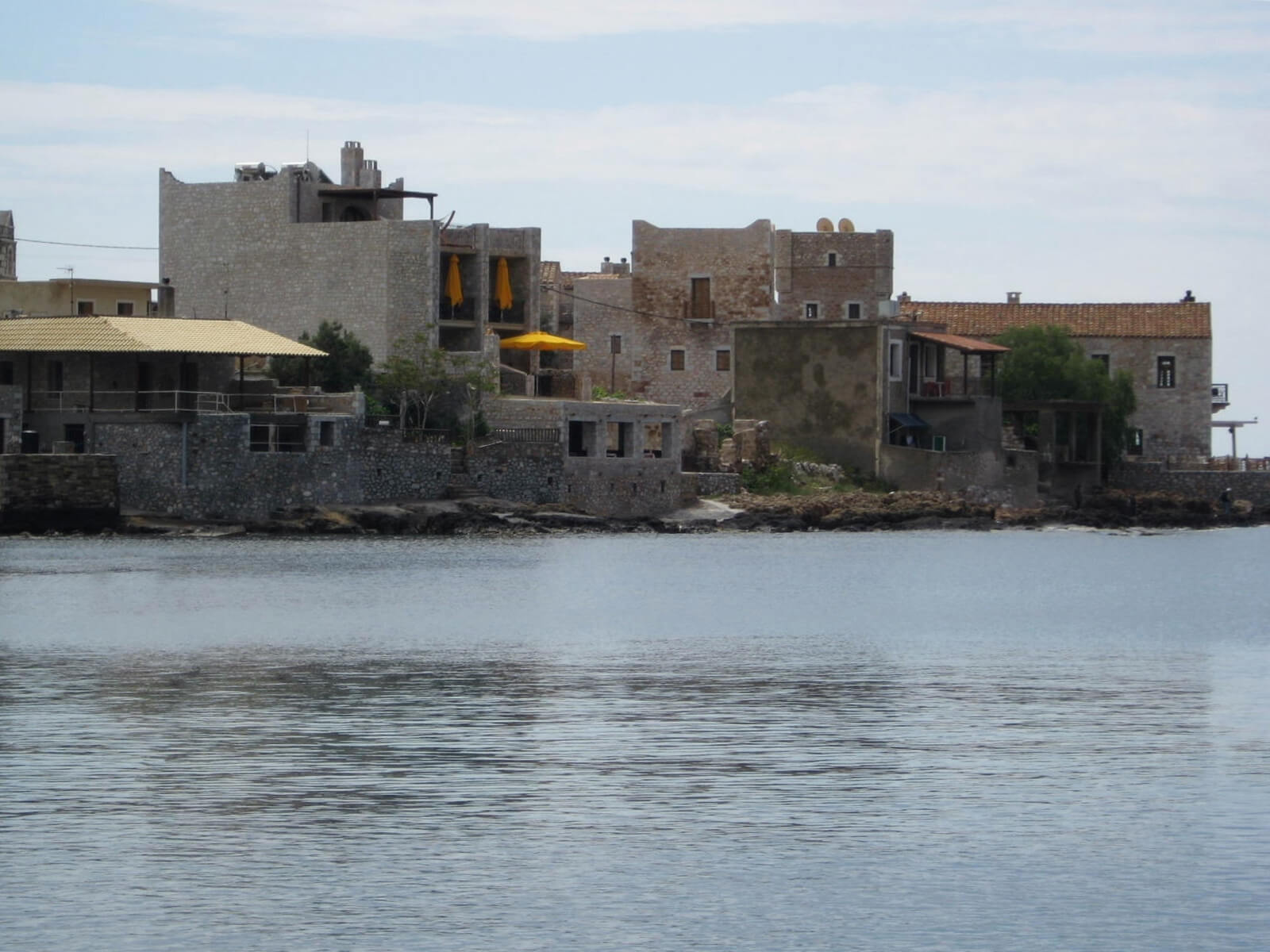 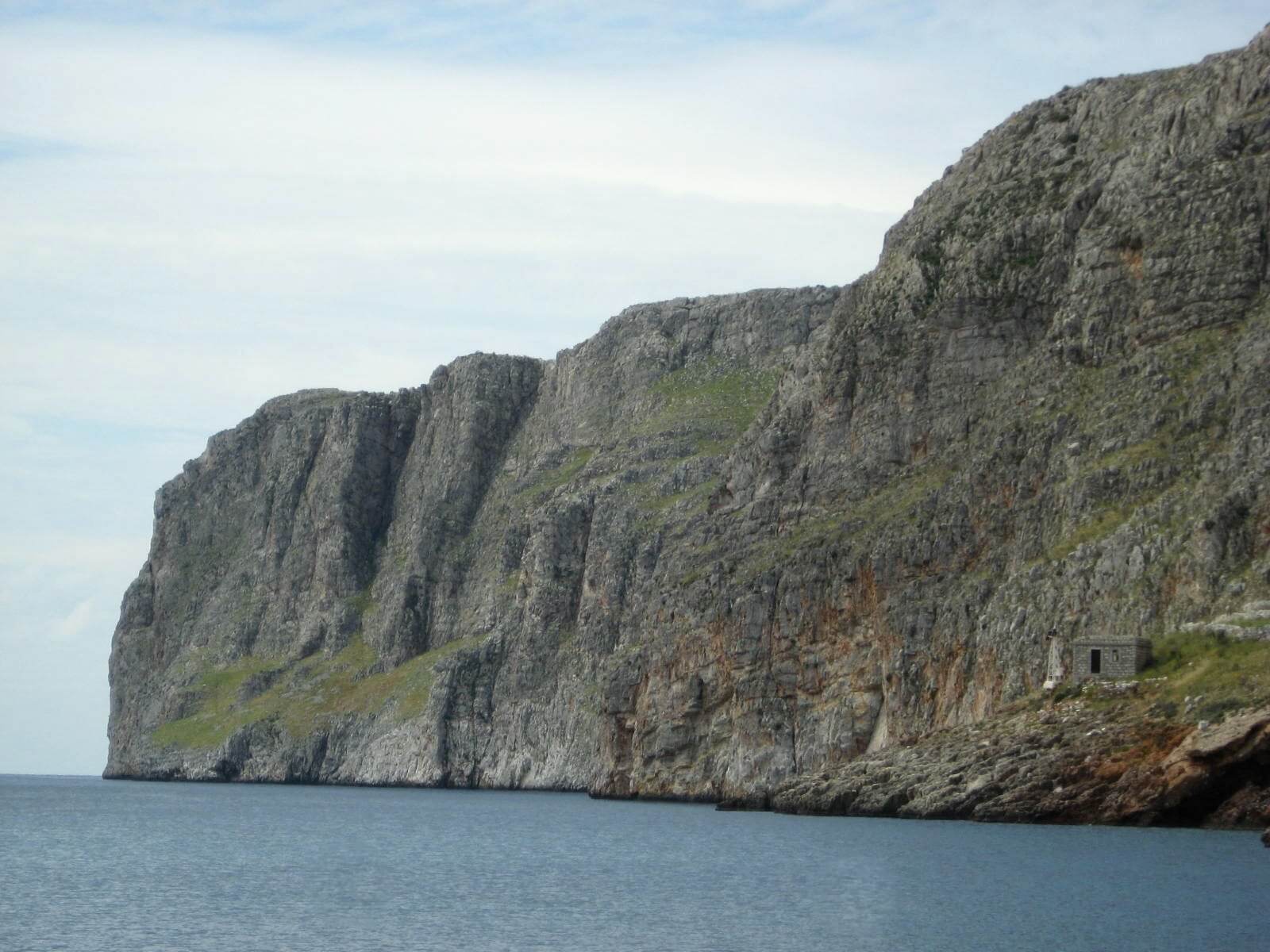 But guess what? Gerolimenas is also the “birth-place” of Kicking Back the Pebbles! It’s where I had shot this –very familiar to you– picture, not knowing, back then, that it would some day feature as KBtP’s avatar, and not having the faintest clue about blogging altogether! 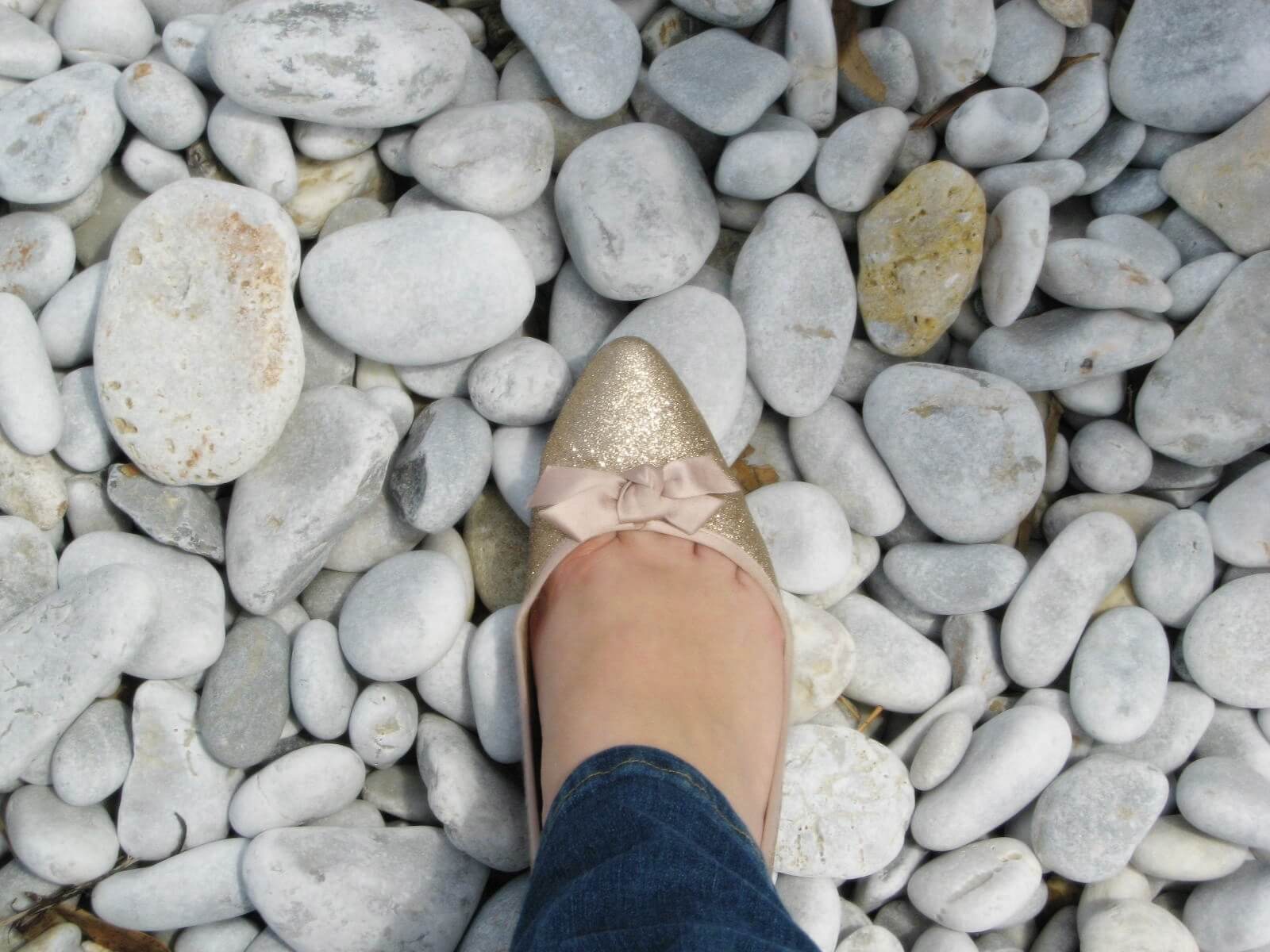 Further to the south of Gerolimenas is Vatheia (alternative: Vathia). It is one of the best preserved ancient settlements in Greece and poses extreme architectural interest because it is an iconic example of structures blending perfectly with their natural surroundings (the characteristic of south Maniot vernacular architecture –aka tower houses– as it developed during the 19th century). 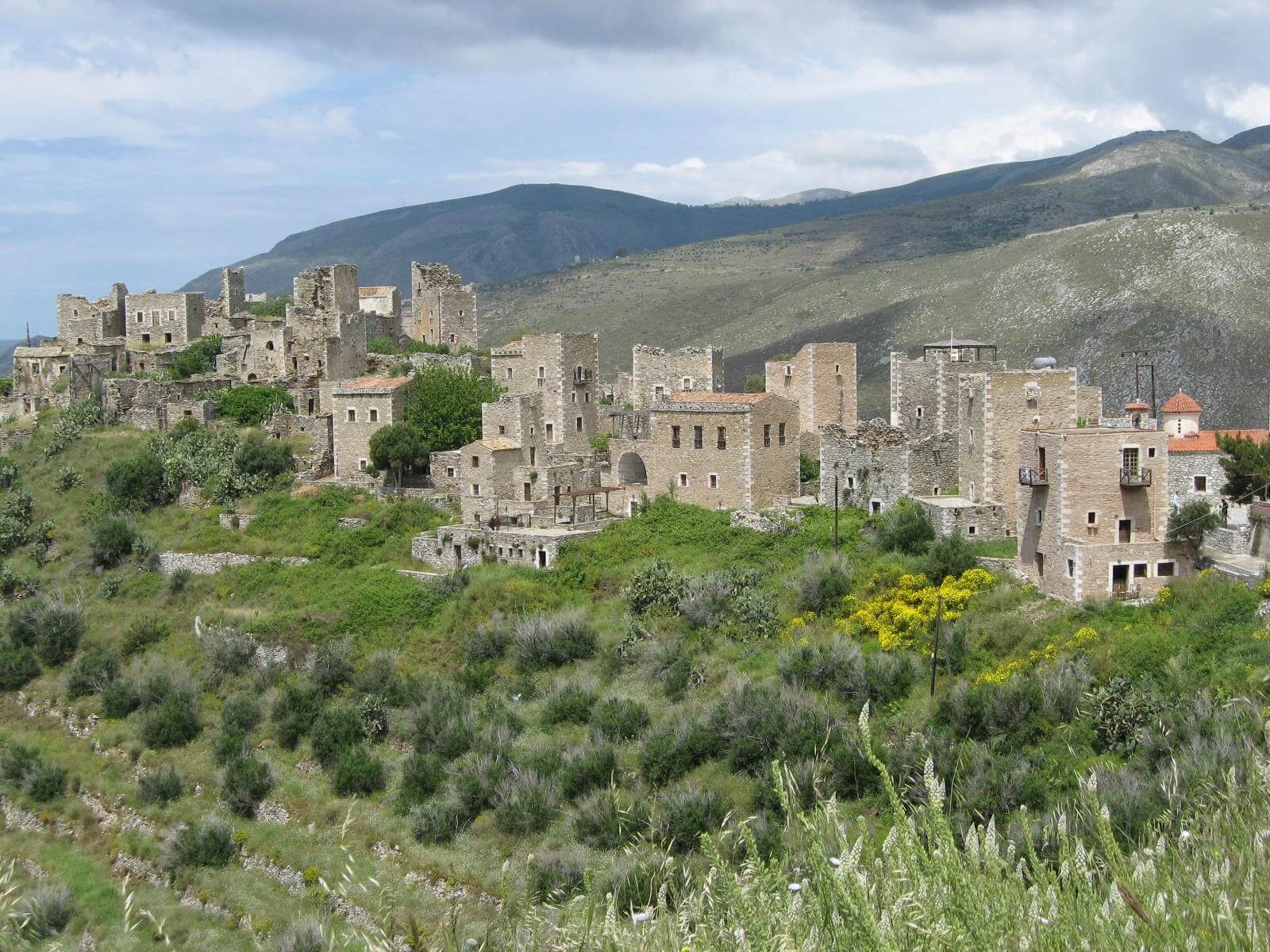 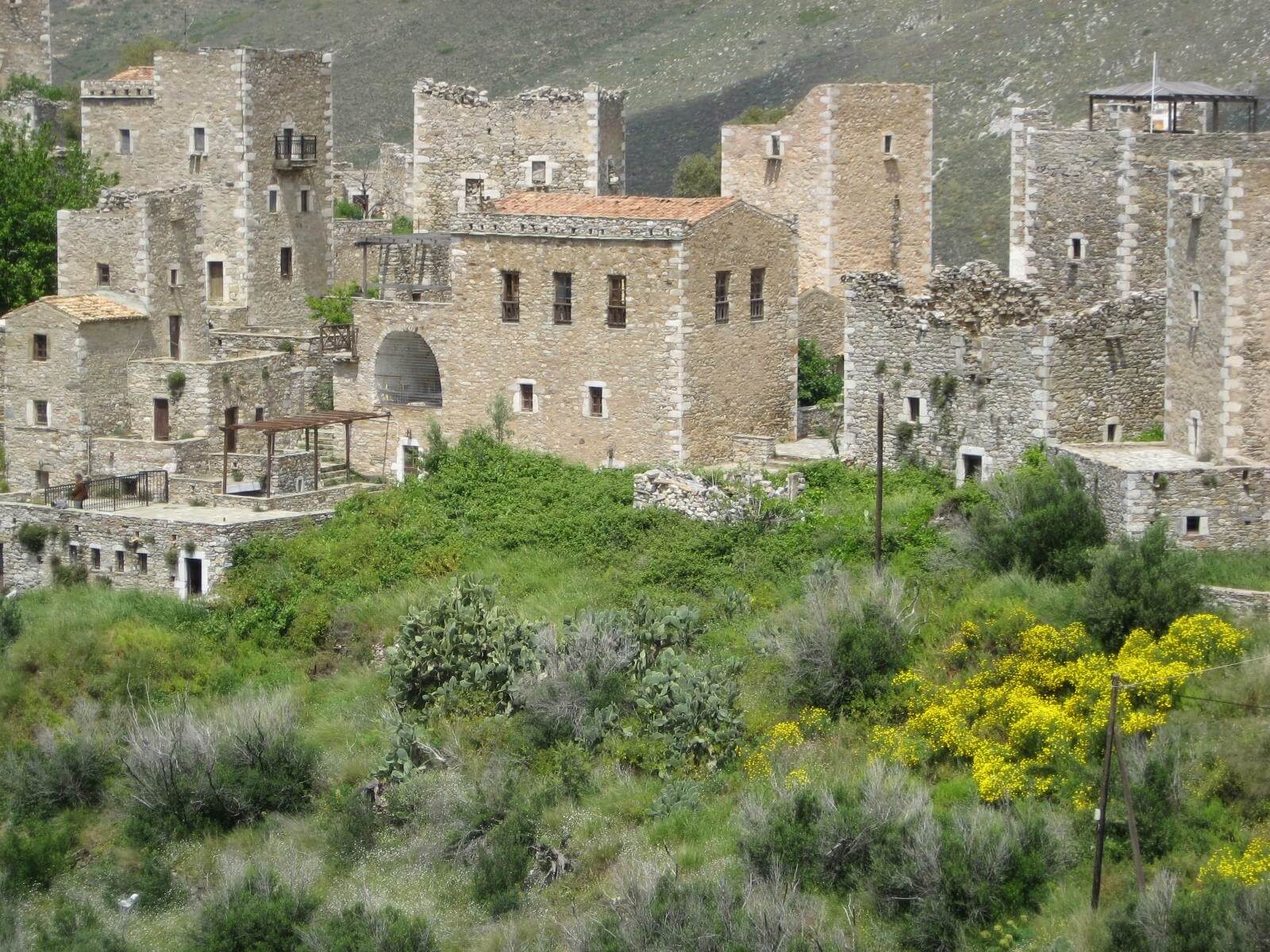 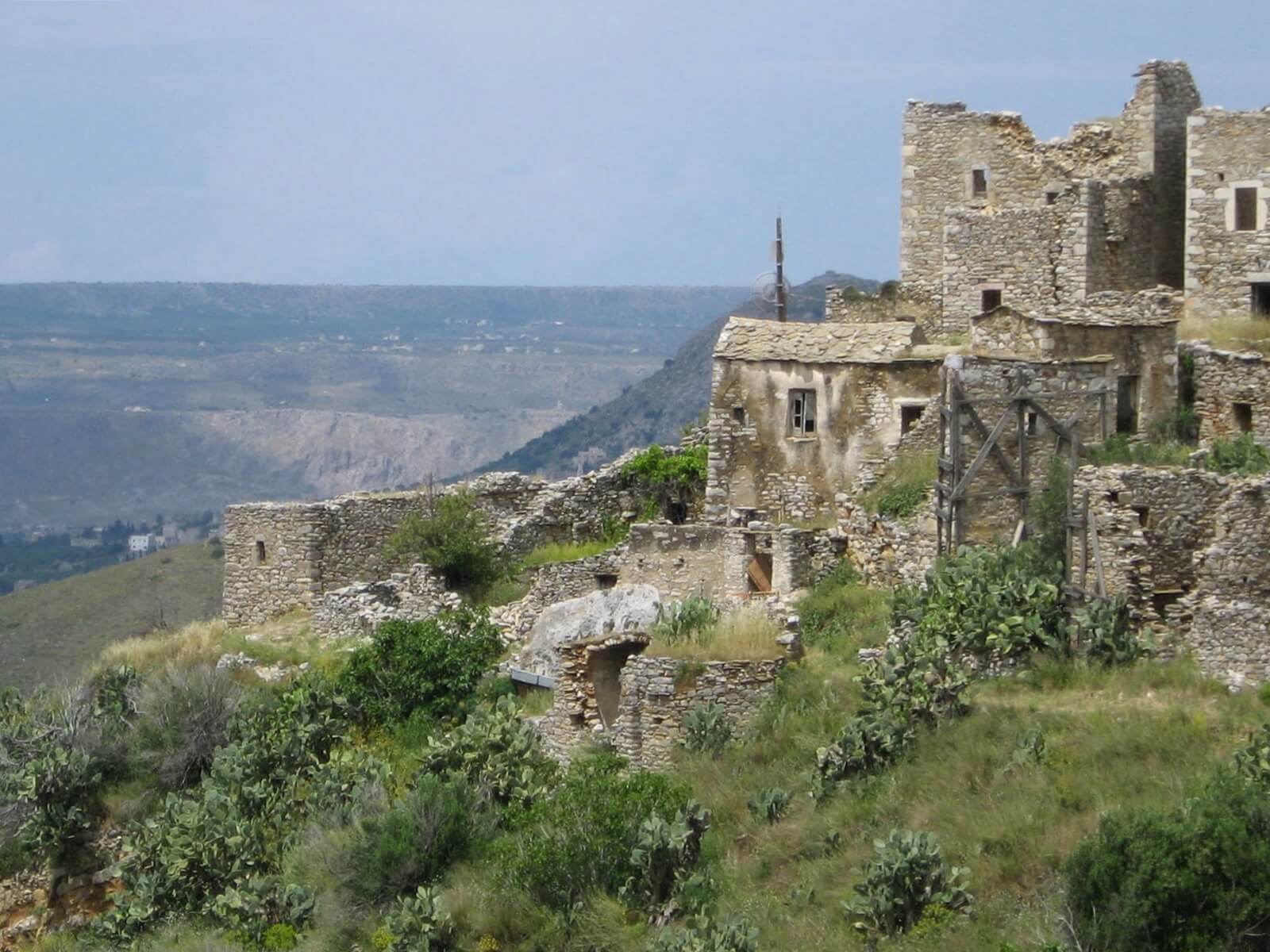 Porto Kagio (alternatives: Porto Káïo, Porto Kayio) is a seaside village at the East Mani municipal unit.  It faces a small bay of the Laconian Gulf and it is about 3 miles/5 km north of Cape Taenaron, the southernmost tip of the Mani Peninsula and of mainland Greece. Its ancient name was Psamathous, but it was renamed by the Franks (12th-14th century AC) to Quail Port (Port des Cailles in French). It was the base of Lambros Katsonis‘ pirate fleet, and during World War II, many British soldiers escaped to Egypt through it! 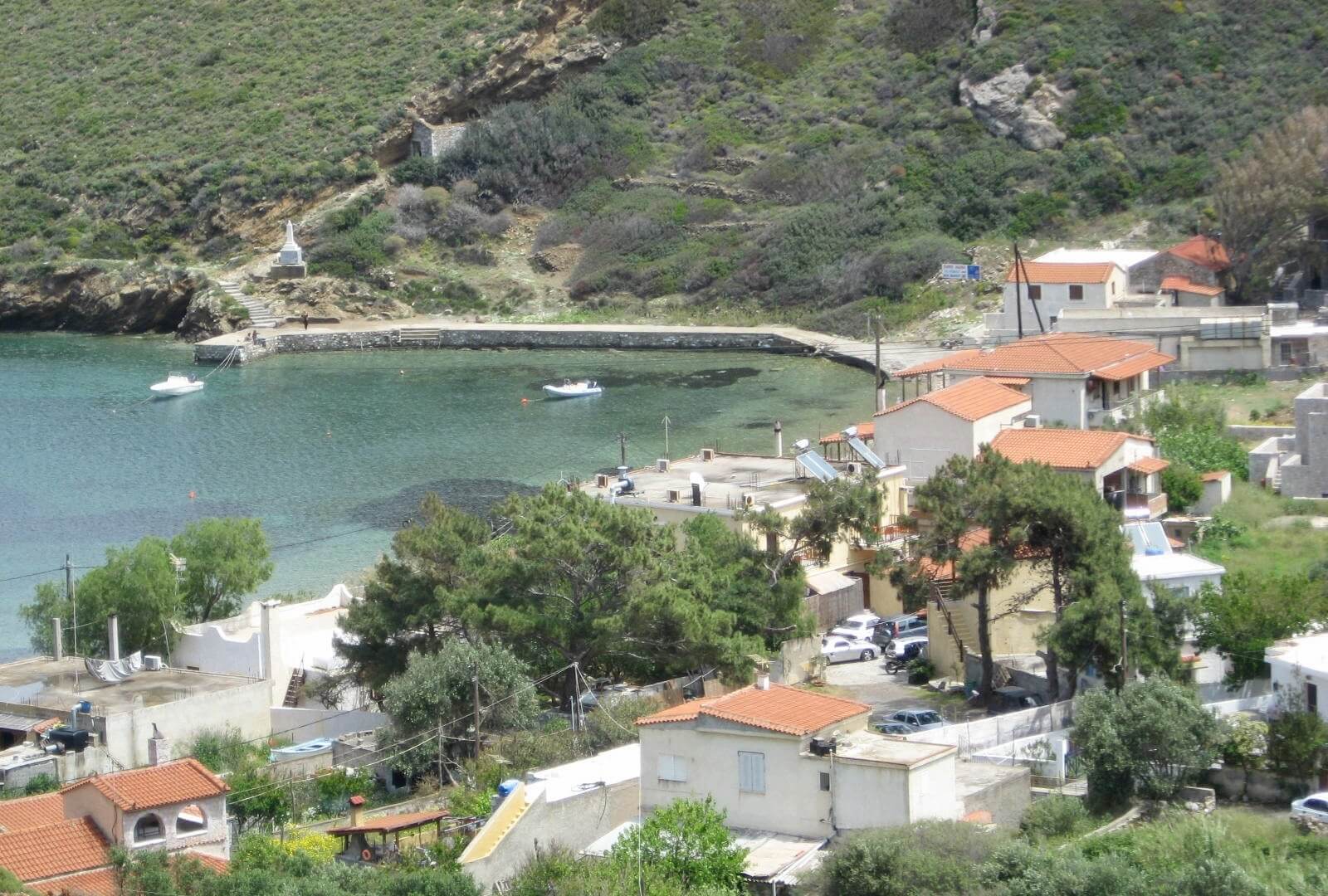 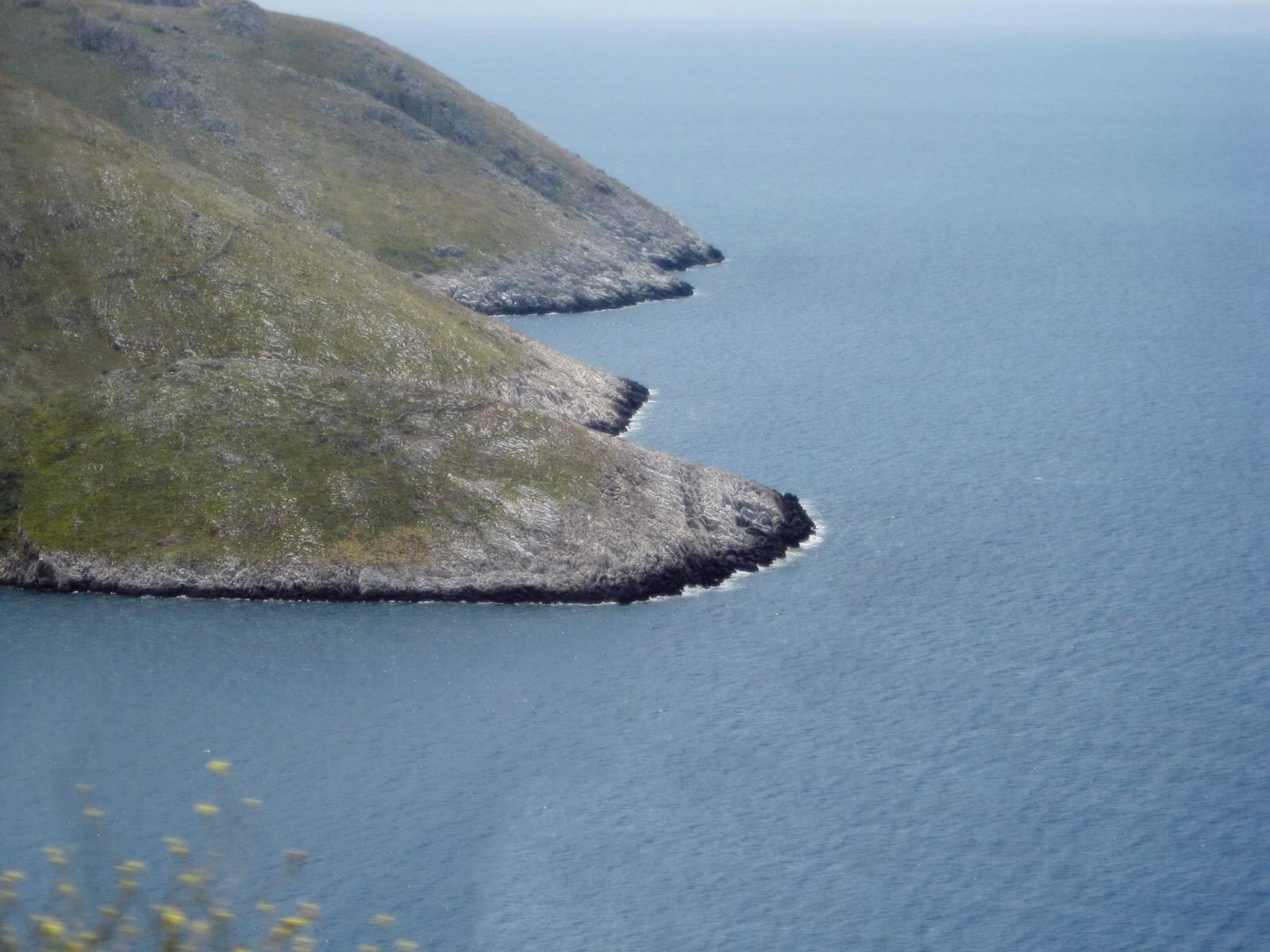 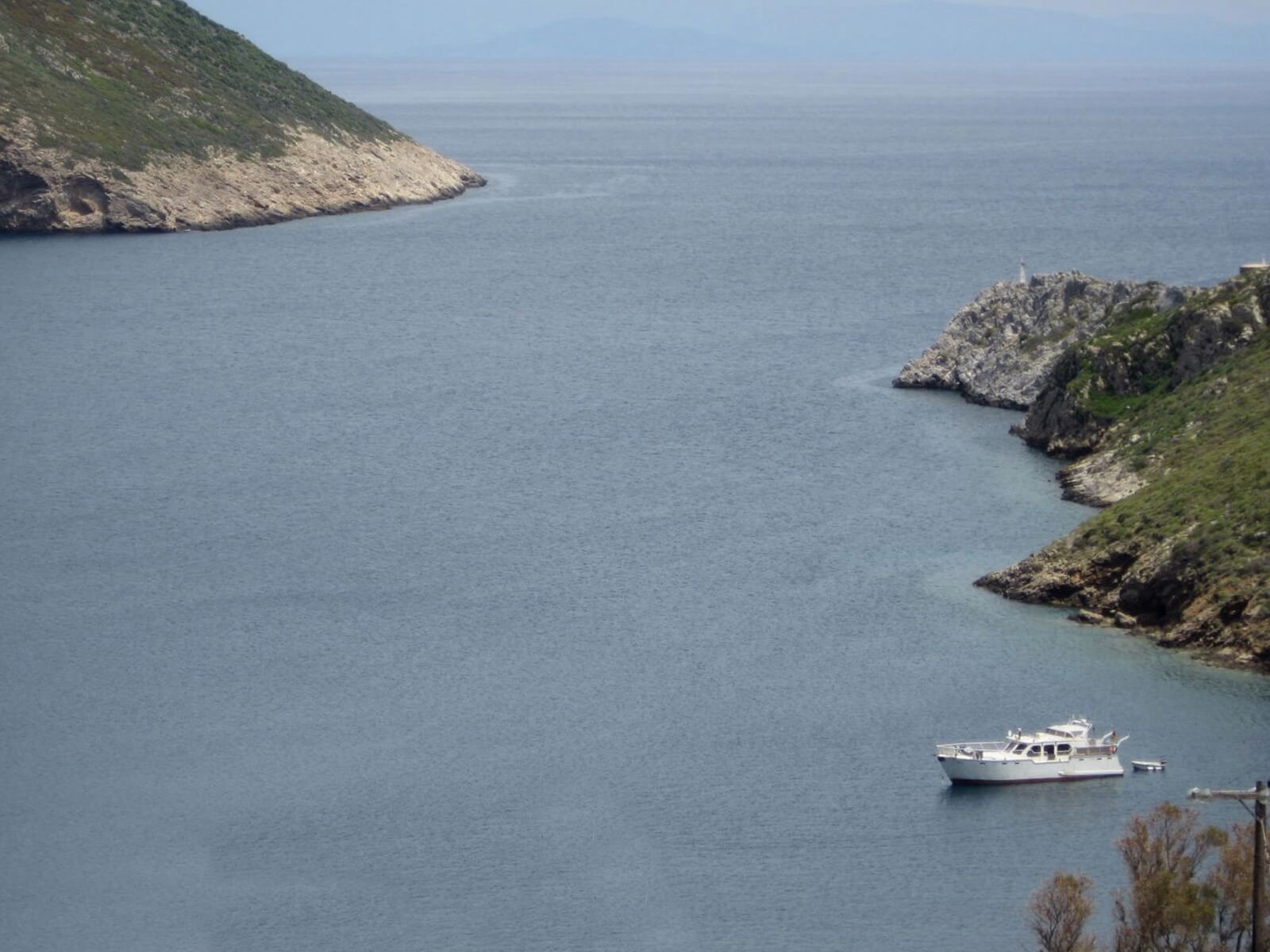 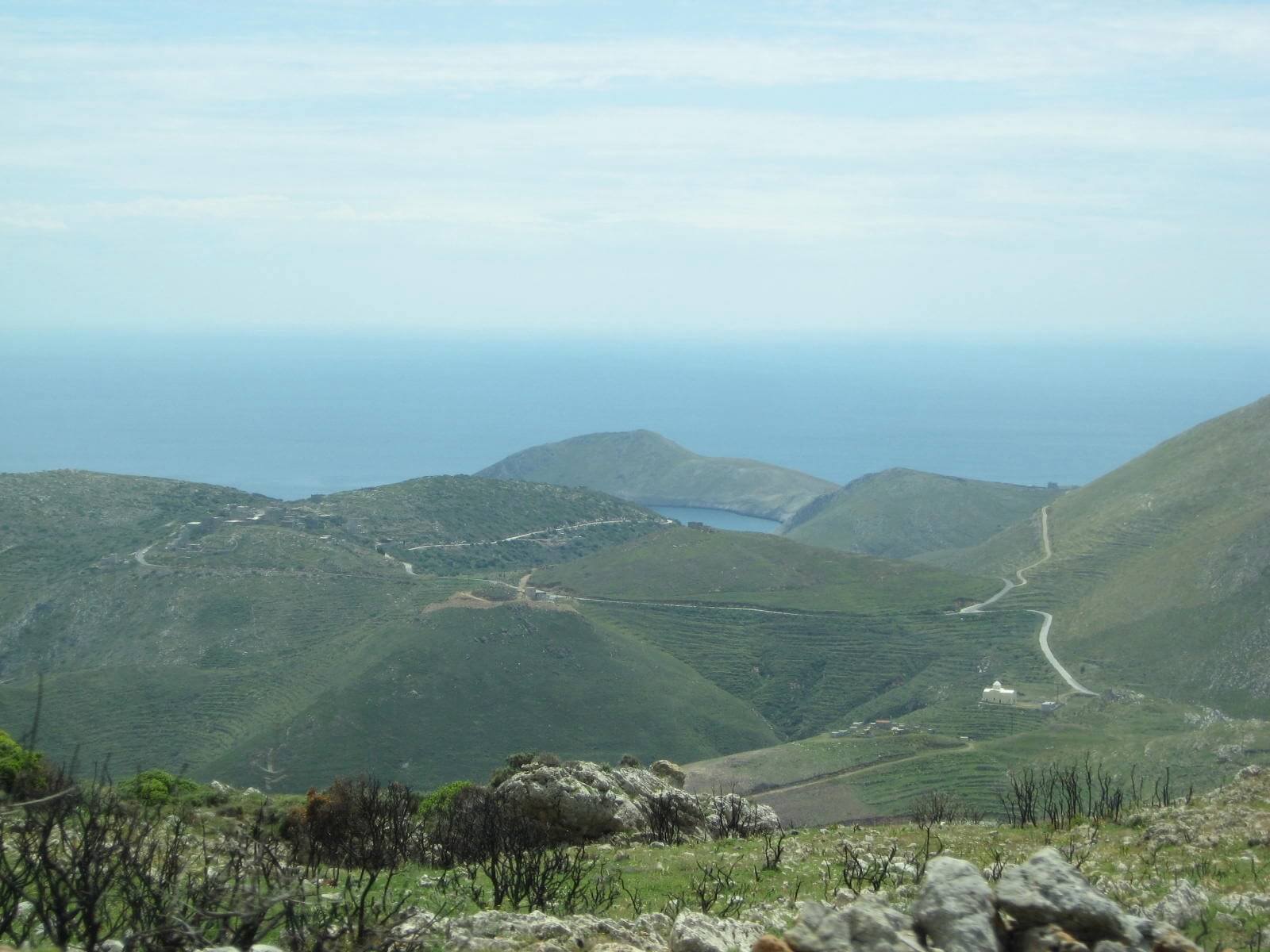 Cape Taenaron (alternatives: Cape Taenarum, Cape Matapan, Cabo Mettapan, Cavo Matapas, Cavo Matapa) took its name from the mythical hero and son of Zeus, Taenarus, who was believed to have built a town named after himself located near the tip of the peninsula. 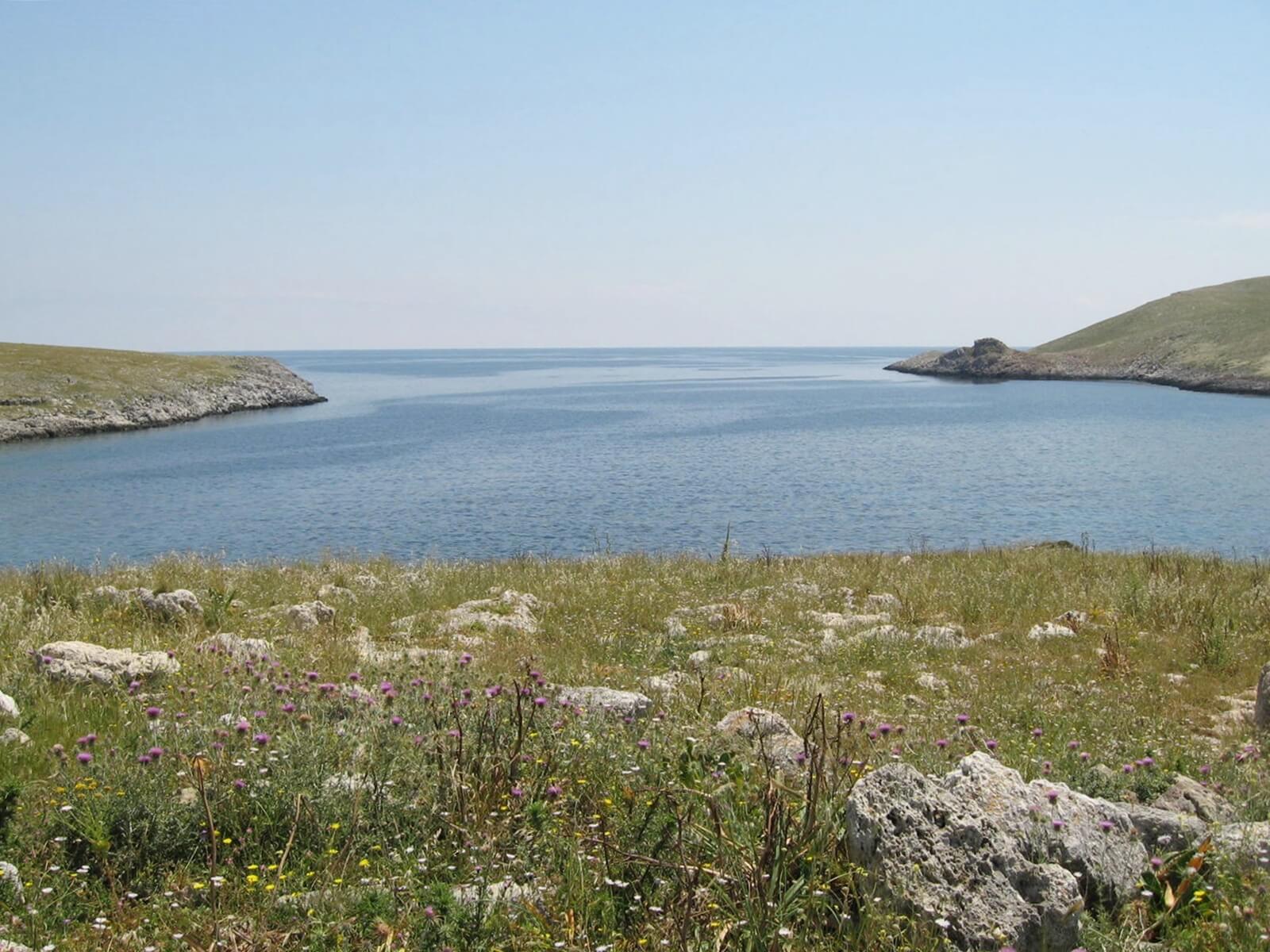 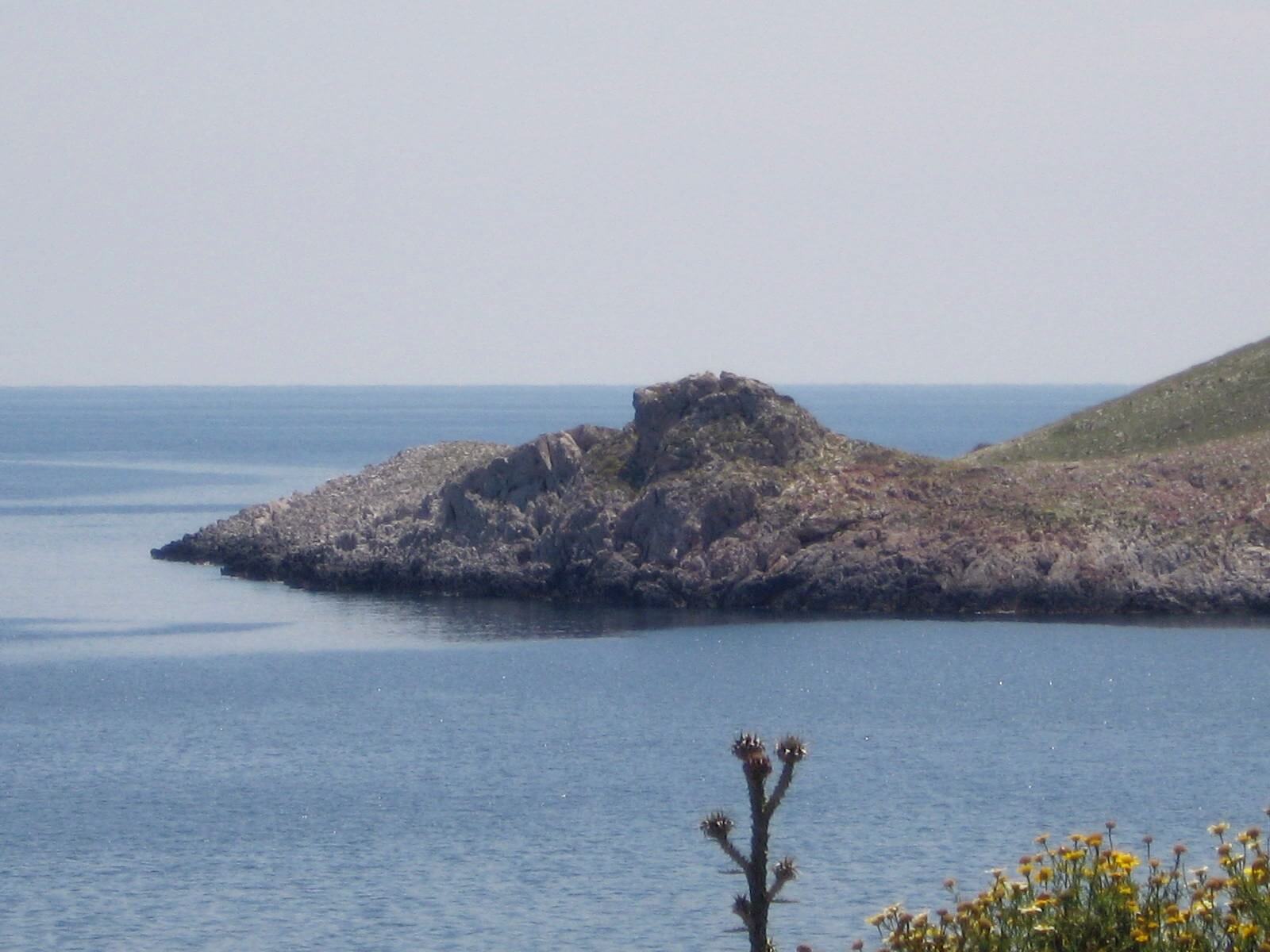 In ancient times, Cape Taenaron was known as Poseidion since it was the place where Poseidon, another of the Twelve Olympians, God of the Sea, was worshiped. During the rule of the Franks, it was also widely known as Cavo Matapas, Cape Matapan, Cabo Mettapan & Cavo Matapa. The origins of its latter names are ambiguous and some support that they derived from the ancient Greek Metapea Αkra [Μεταπέα Άκρα], meaning either a place surrounded by two seas (as is a peninsula) or a place that is split in two by a passage of water (e.g. a river). 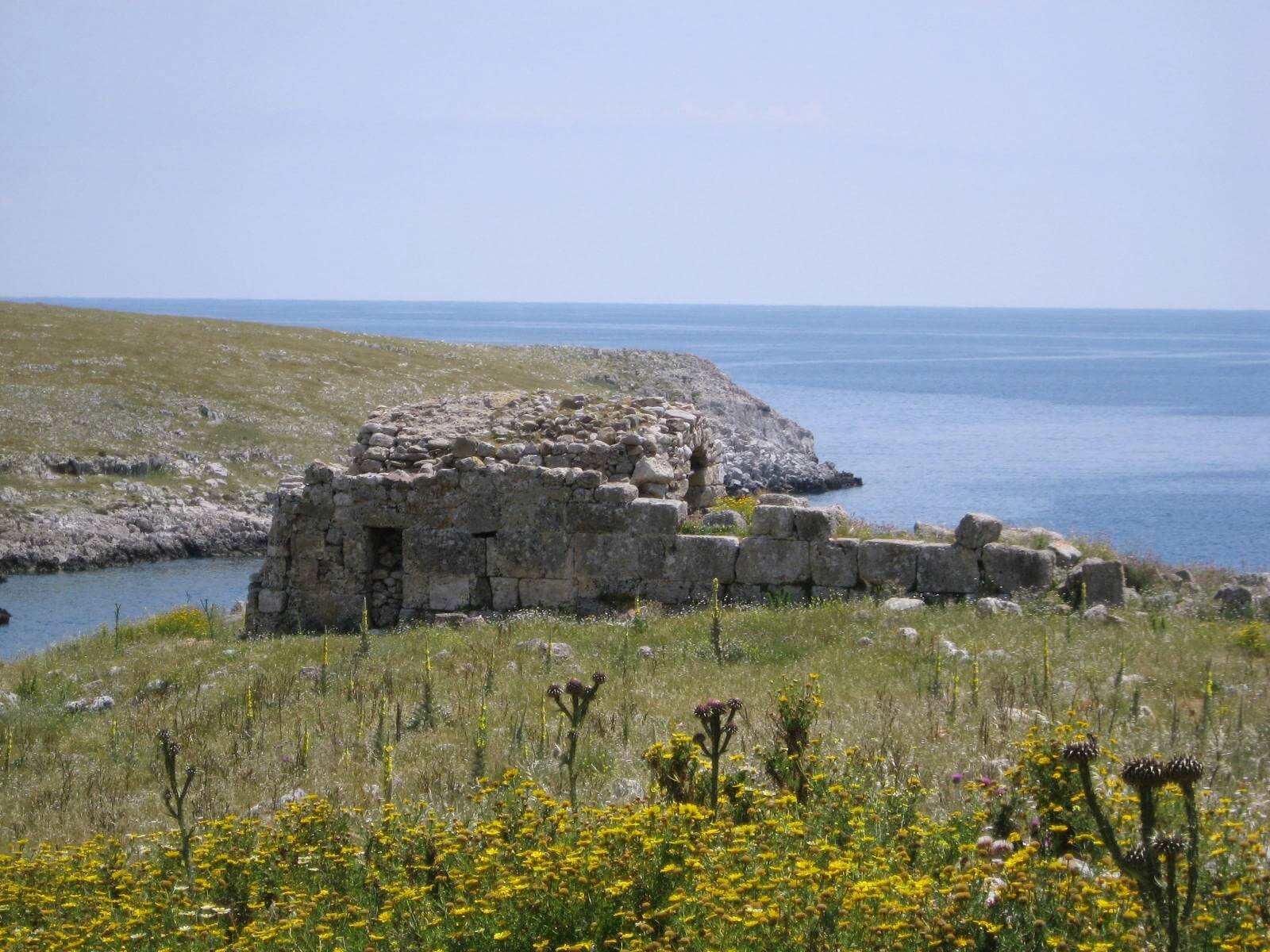 According to ancient historians, a Temple of Poseidon (also used as a Death Oracle –Nekromanteion in Greek), used to lie in a small remote cave here, right outside the community of Kokkinogia (where the ancient settlement of Kalavasos used to be). Nowadays one can see remains of the Temple or, more precisely, remains of the Byzantine chapel of Agioi Asomatoi that was built on the ancient temple’s remains. (Asomatoi in Greek means “without a body”, i.e. not having a physical form. The “body-less” Saints attribute in Greek Orthodox tradition, is basically a reference to the Seven Archangels).

It is believed that this was also the location of the Gate to Hades, the Gate to the Underworld according to ancient Greek mythology, guarded by Cerberus, a monstrous three-headed hound with brazen voice, which prevented the dead from escaping! This is the cave through which Hercules descended to the Underworld to kidnap Cerberus and bring it up to Earth (in order to fulfill his twelfth Labour), and Orpheus to bring back to life his beloved wife, Eurydice.

The lighthouse at the very tip of Cape Taenaron is the southernmost geographical point of mainland Greece and of the Balkan Peninsula, as well as the second southernmost point of continental Europe, after La Punta de Tarifa in Andalusia, Spain.

After a long day’s drive we were back to Areopolis where our hostel was, to enjoy this glorious sunset! Many more daily trips took place and I’m going to share two more posts, one on Diros Caves and one on Monemvasia. Stay tuned! 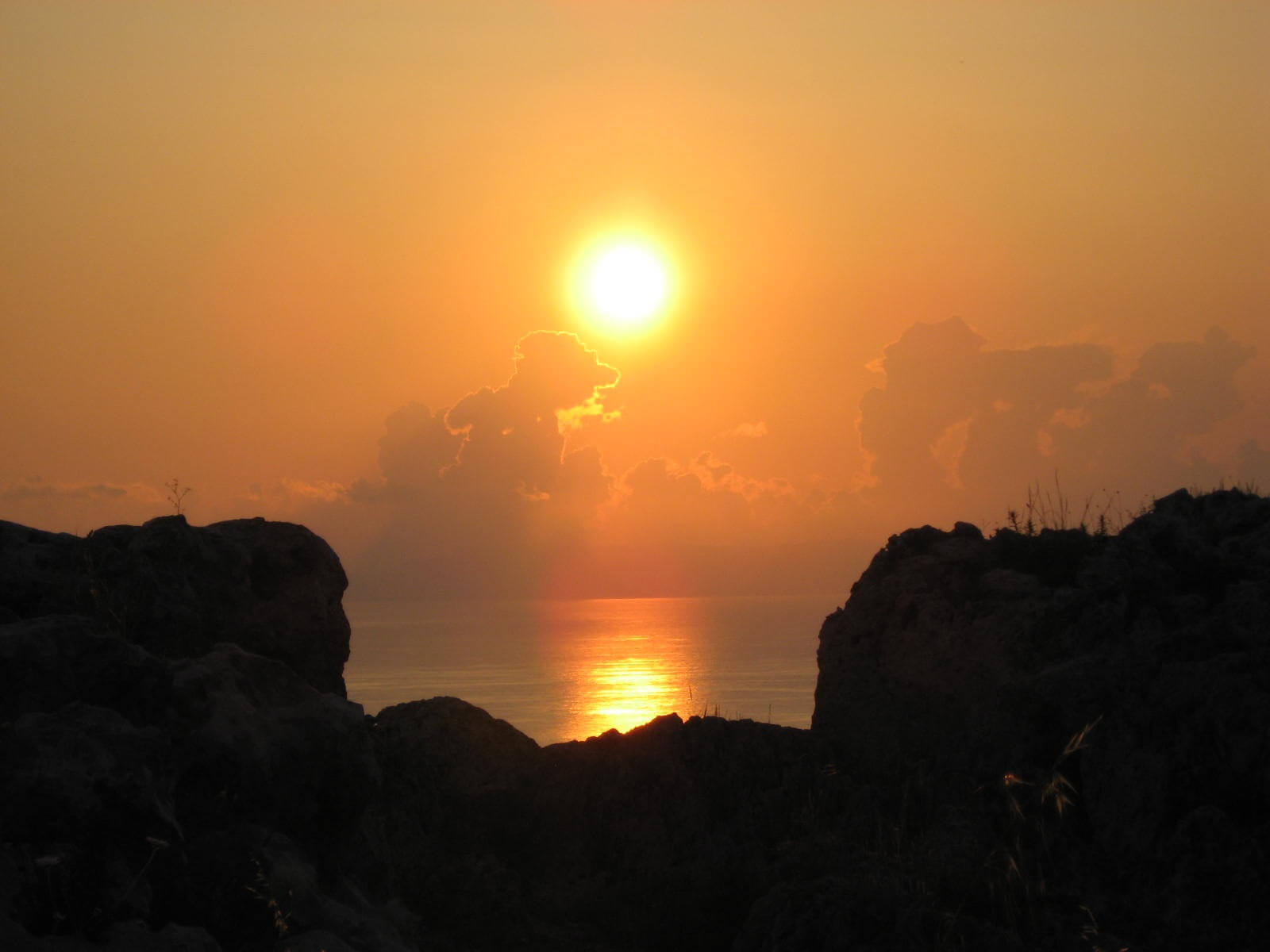 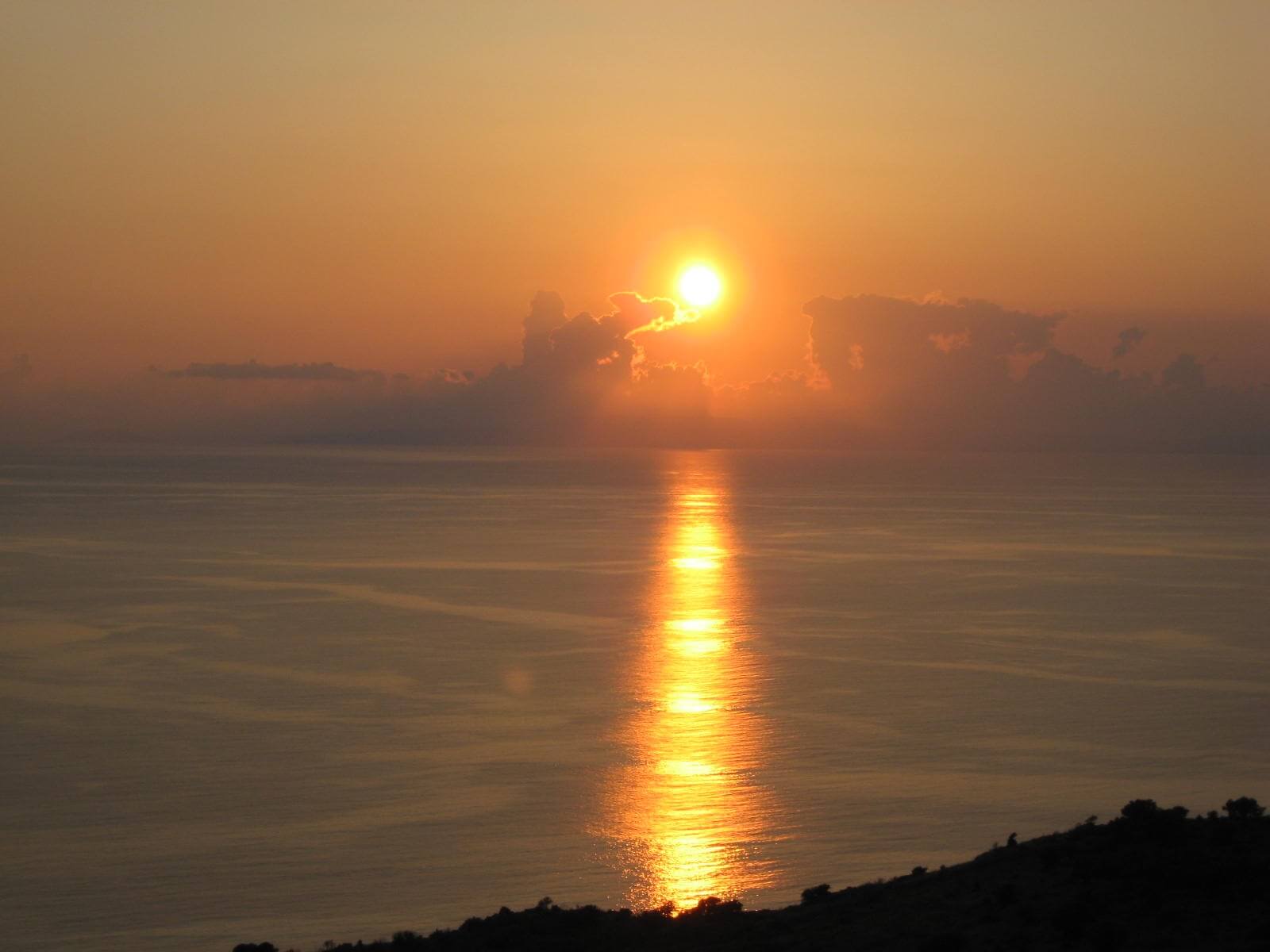 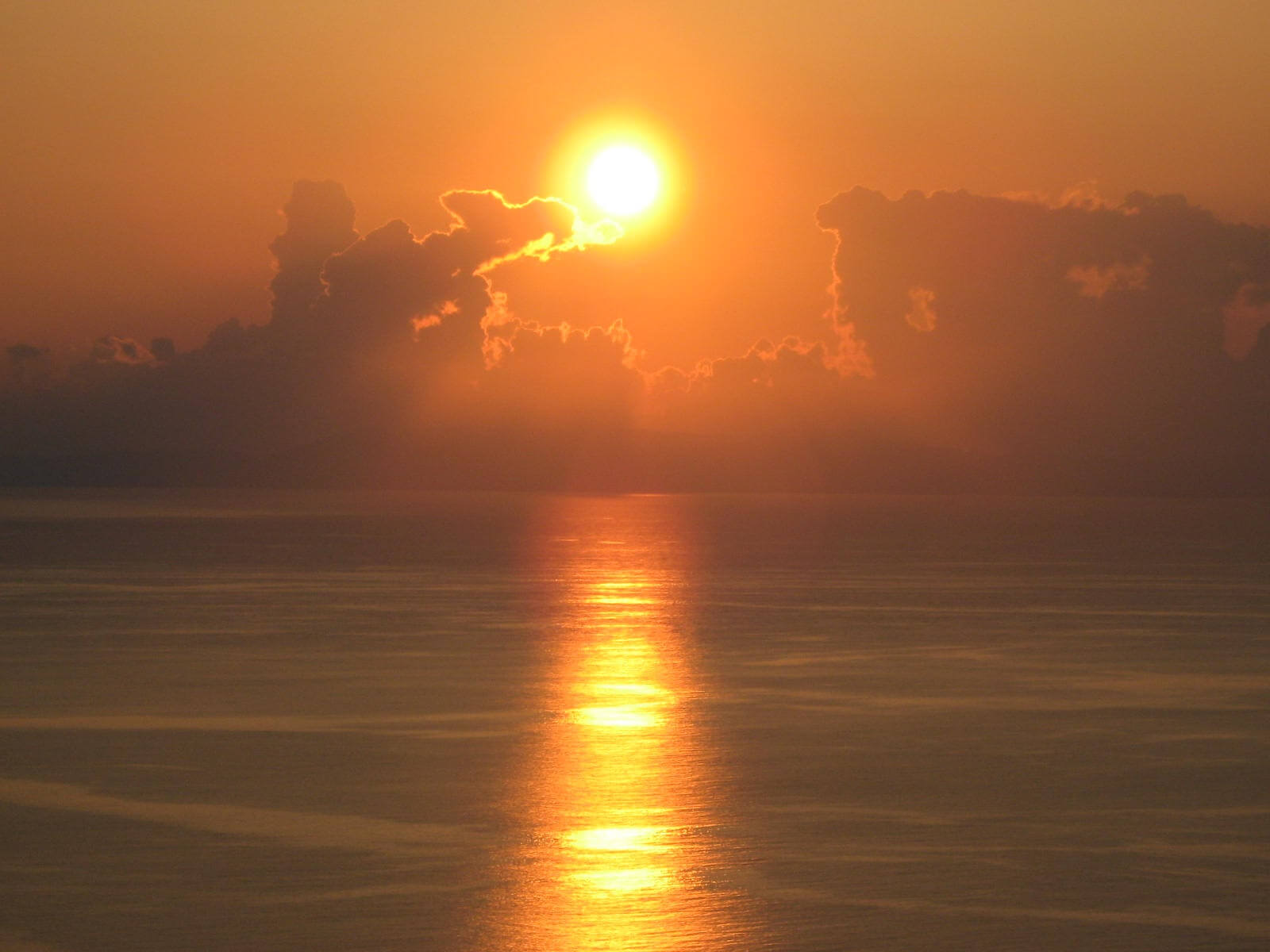 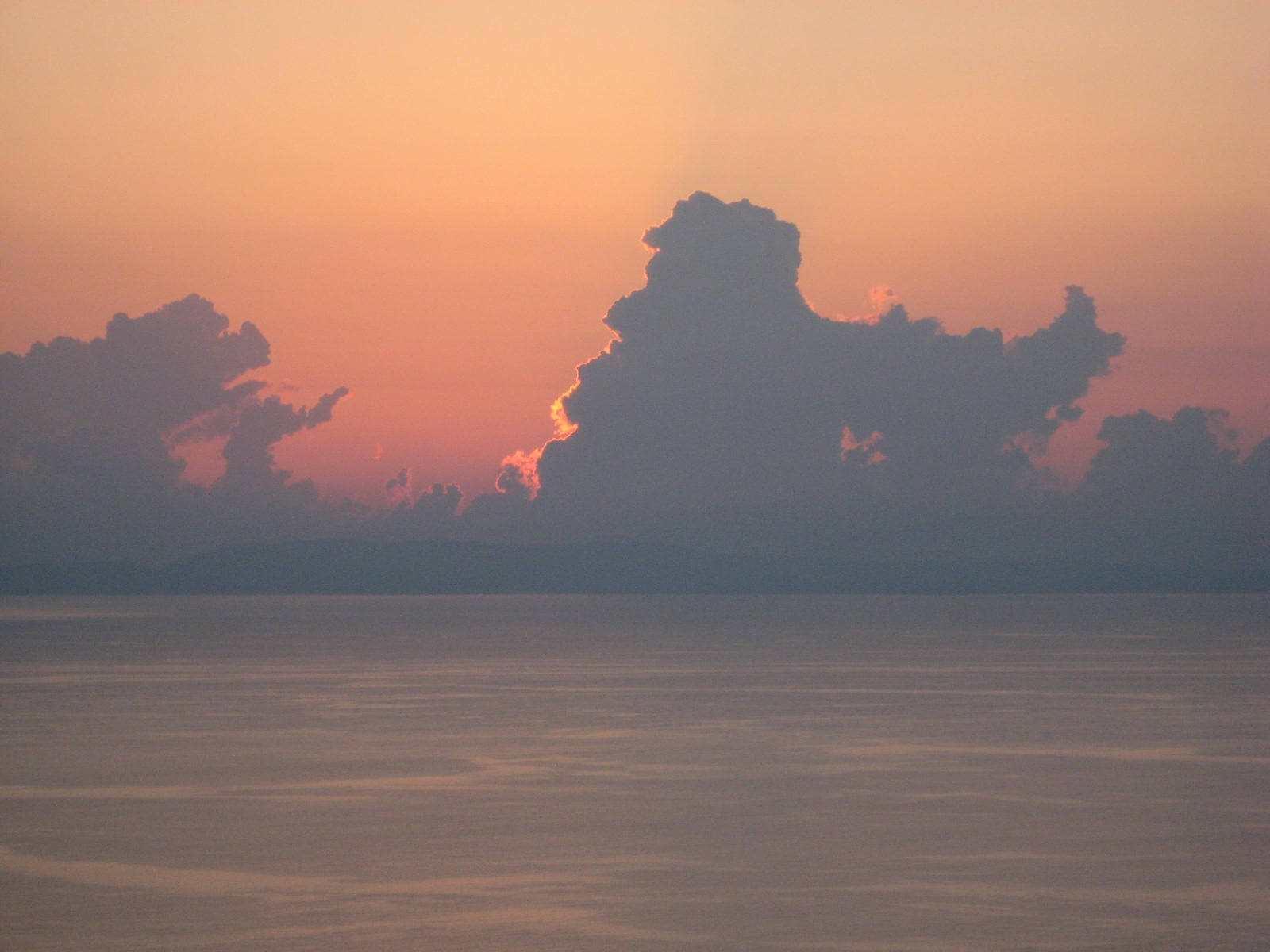 All info on geographical & historical locations from Wikipedia